Posted at 11:42h in Fishing Reports by oboathire 0 Comments
Share

This week there’s been plenty of fish around with Bream, Flathead and Trevally all being caught again. Bream have been most common at the river mouth will the incoming tide a more suitable time to catch them. You can still catch bream in most other spots however with reports of them up as far as the first lake. Some nice Flathead have been on the chew in the upper parts of the river with the shallow parts of Goat and Sheep Island being the best spots on the low tide. Golden and Diamond trevally have also been some good catches this week with the full tide bringing a heap of them out around the Noosa Sound and river mouth areas. The next week will bring showers with it fining up around mid to late next week. 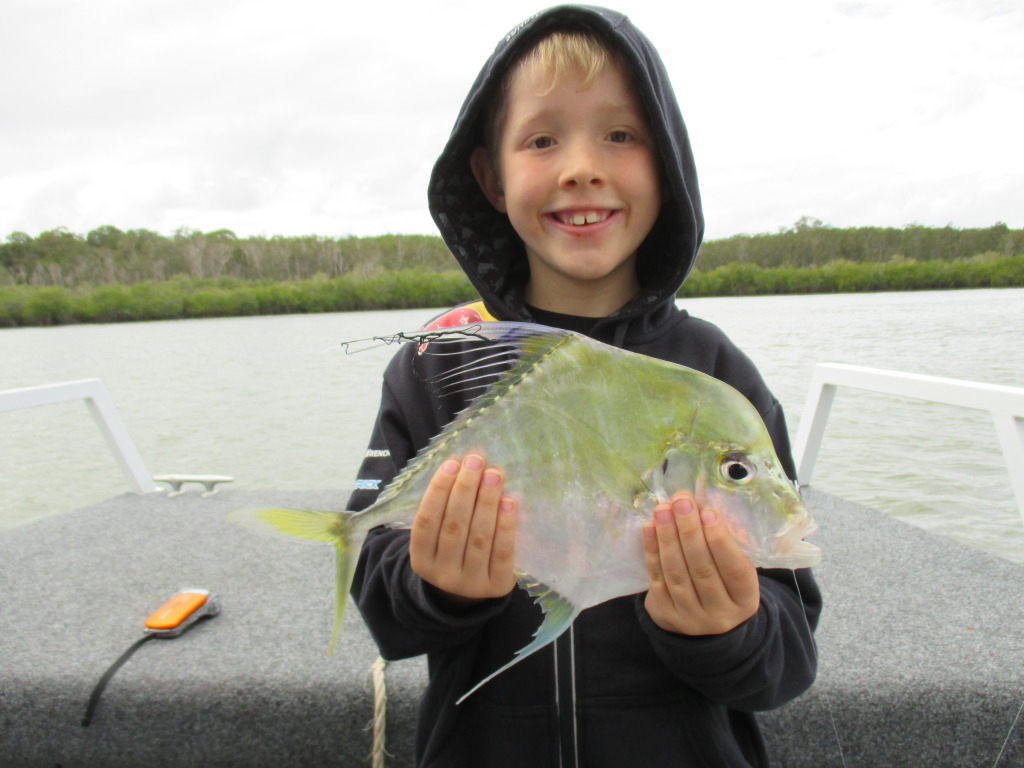 Josh from Indooroopilly caught a great 42cm Diamond Trevally up
towards the entrance of Lake Cooroibah whilst aboard the Noosa
Fishing and Crab Adventures.