Posted at 12:15h in Fishing Reports by oboathire 0 Comments
Share

This week the river has seen a solid amount of fish with Bream, Flathead, Trevally and Mangrove Jack all being caught. Bream and Grunter have been the main catch again this week, with the Lake Doonella entrance and the surrounding area being the best place to try for them. Prawns have been the best bait to catch bream over the last few weeks. Flathead have been on the chew again in the upper parts of the river with anywhere from Goat Island to the start of Lake Cooroibah a chance of getting one, while there’s also been reports of some good ones caught along the rock wall near the dog beach. Golden and Diamond Trevally have been around on the full tides with Woods Bay their favourite spot. And there’s been reports of Mangrove Jack around the banks of Sheep Island. We may see a few showers heading into next week, which will hopefully bring good fishing again. 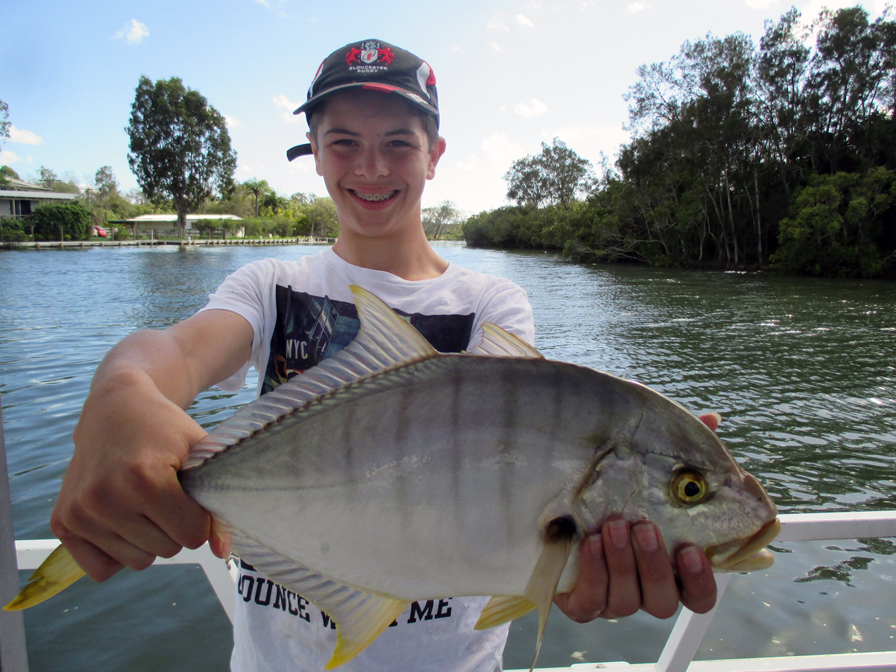