Posted at 10:42h in Fishing Reports by oboathire 0 Comments
Share 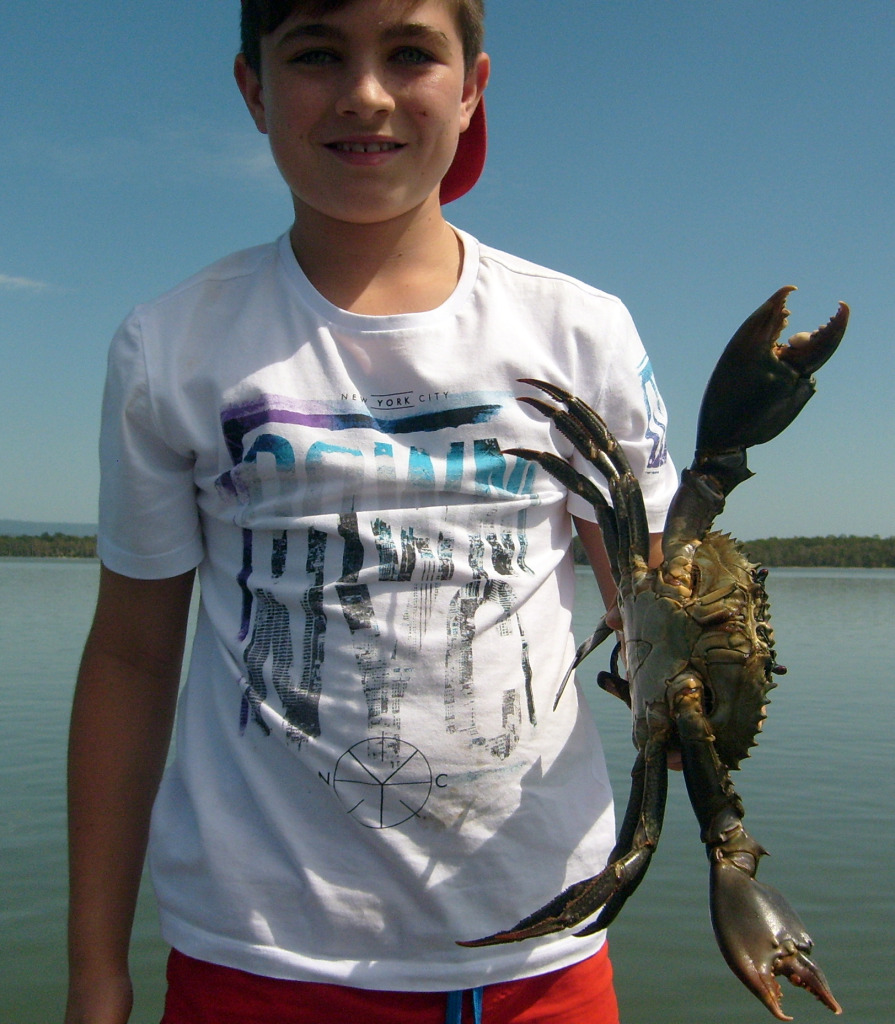 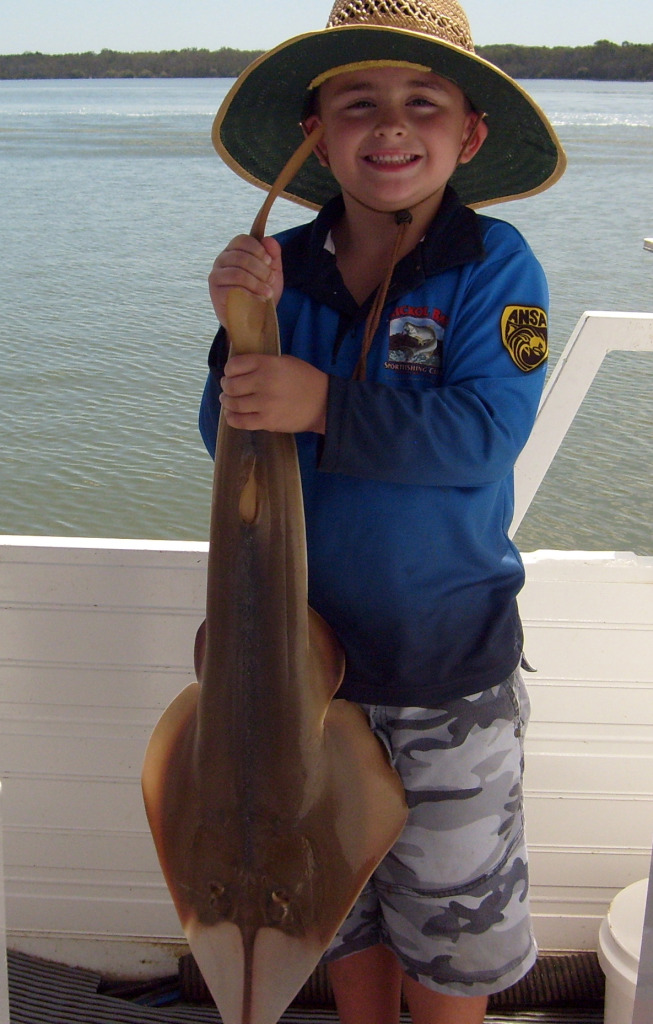 Luke from Brisbane caught a shovel nosed ray almost as big as himself on the weekend while Ethan also from Brisbane is holding a big tasty male mud crab ready for the pot. Both lads enjoyed a fabulous day on the Noosa Fishing and Crab Adventures charter.
The good fishing continues with lots of quality whiting, flathead, bream and other larger varieties about through several parts of Noosa River. The river mouth is always worth a shot with flathead, bream, whiting and trevally on the bite and jacks after sunset. The Frying Pan and Woods Bays were producing the same and the Dog Beach has some quality whiting up to 40cm on the prowl.
At the back of Noosa Sound and Weyba Creek there are whiting, flathead and moses perch with some mangrove jacks on the move after dark. The Noosaville reaches have whiting on the sand banks and flathead on the drift, and best baits are live beach worms, yabbies or mullet strips. There are a few queenfish also up for grabs in and around the lower reaches where lures are worth a go.
Up river before the car ferry and at the mouth of the first lake there are grunter bream, flathead and whiting in good numbers and jacks in the deeper holes or in around the mangroves. It’s worth dropping in a few crab pots for muddies up river and the Weyba Creek still has sand crabs on the march.
The best times are early morning and on the run out tides and on the making tide before the high.
The weather looks like being great again with only an odd shower predicted for the weekend and it’s always safe and calm boating conditions on the Noosa River.