Posted at 11:39h in Fishing Reports by oboathire 0 Comments
Share 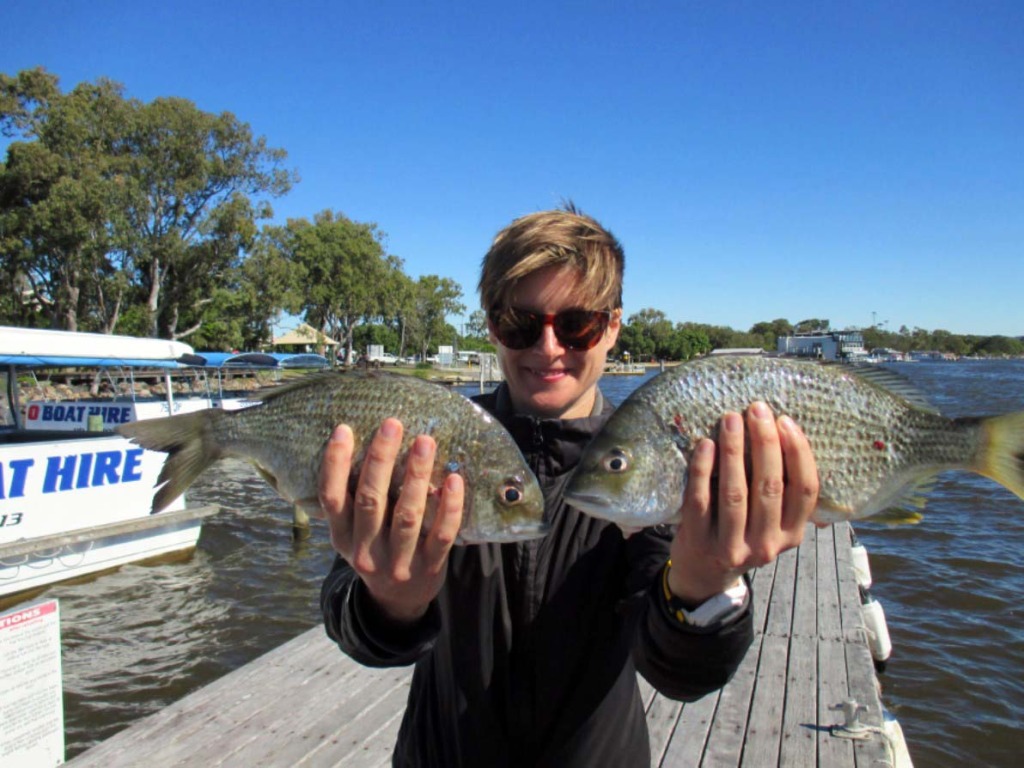 Tanya was holidaying in Noosa from Sydney and pulled in two nice 34cm bream at Lake Cooriobah whilst aboard the Noosa Fishing and Crab adventures.

There have been some good Trevally and Tailor being caught around the rivermouth and Woods Bay with pillchards, live bait fish and lures being the best baits. There is still some whiting being caught along the Noosaville stretch from Munna Point to the yacht club, with live baits such as yabbies and worms being the best. Heading up the river from Tewantin towards the first lake there has been some good size grunter bream being caught with mullet strips and prawns. There has been lots of catfish around Lake Cooriobah, so remember to handle them with care and always throw them back. Throughout Weyba there has been some good flathead being caught at the early hours of the morning. Next week seems to be mostly clear with a light chance of showers during the week, but a fine weekend ahead.