Posted at 13:09h in Fishing Reports by mediamojo 0 Comments
Share 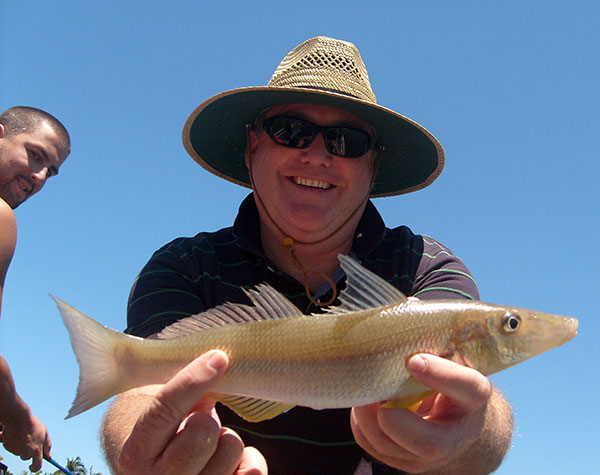 Up on holidays from the Hunter Valley Robert earned himself with the fish of the week with this nice 40cm whiting he caught on the Noosa Fishing and Crab Adventure tour.

Still good whiting are on the bite this week but most of them have moved up river with the best catches up at Lake Cooroibah.

The Noosa river mouth was patchy with mainly larger predators on the prowl of baitfish where we saw tailor, trevally and the odd cobia caught and jew fish active very early or late in the day. Live bait seem to work best as always here.

Further up at both entrances to the first lake we saw good sized whiting, some flathead and bream but the bottom of the tide showed little action.

Between the top lakes early and late there are a few large jewies and jacks on offer and more active if you have live bait fish or lures can also work.

There are still several sand crabs getting around the mouth of Weyba Creek and opposite Munna Beach.

Partly cloudy to start the week but then sunny days leading up to what looks like another busy weekend on the Noosa River and just some cloud early next week.