Posted at 11:30h in Fishing Reports by oboathire 0 Comments
Share 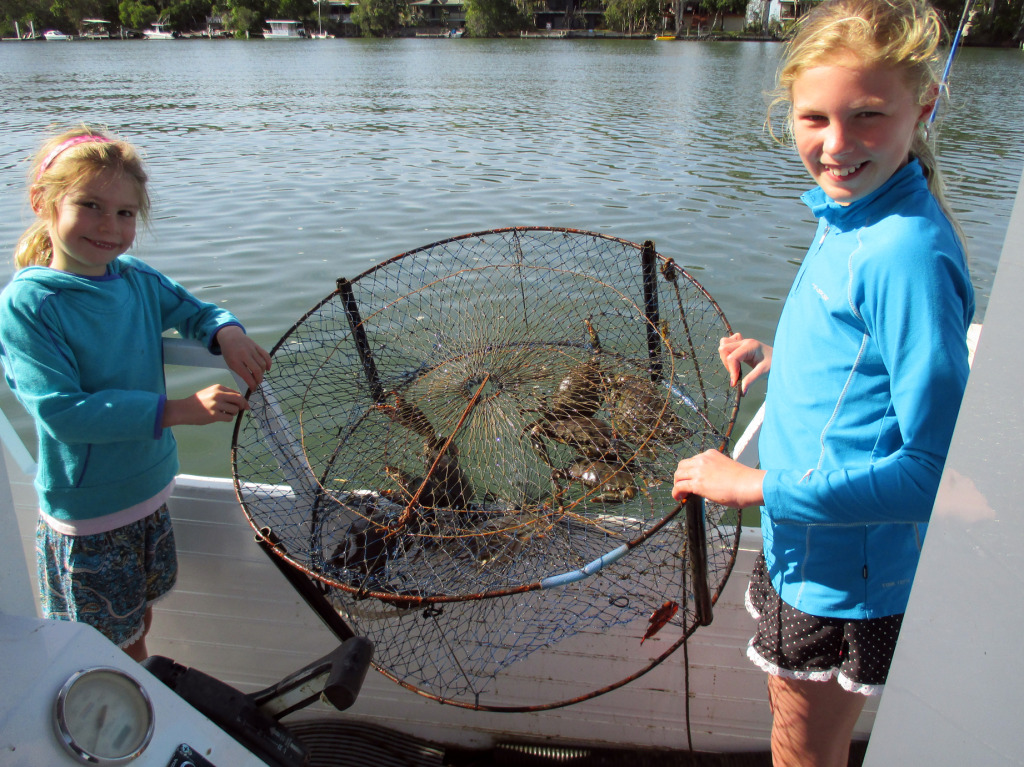 Jess and Abby caught and released multiple mud crabs along the stretch from the Yacht Club up to the ski run near the Tewantin Marina.

The Noosa River has produced some great fish over the past week. Bream and whiting have been caught around the frying pan and sand bags near the Noosa dog beach, with live worms and yabbies being the preferred baits. There is also still reports of whiting up towards the first lake. Around the rivermouth at night time there has been reports of jewfish, flathead and the occasional mangrove jack being caught with live hearing and lures being the best baits. Woods bay has seen bream flatehead and the odd yellowtail kingfsh at the early hours of the morning. Down around the sound bridge, also in the early hours of the morning, has been a hit spot for tailor with lures such as poppers being the best form of fishing. There has been some great mud crabs caught up the river towards lake Cooriobah. The weather shows an odd shower or too but a mostly fine week ahead.