Posted at 09:49h in Fishing Reports by oboathire 0 Comments
Share 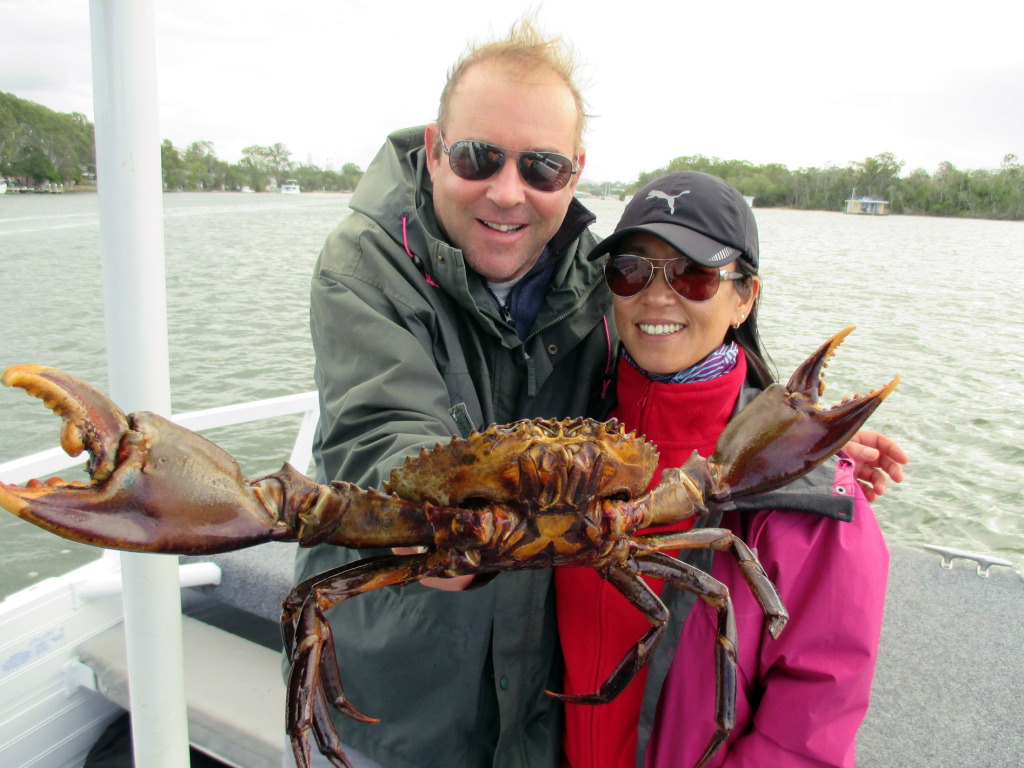 Paul and Miyoung caught a monster muddie aboard the Noosa Fishing and Crab Adventures tour.

Due to all of the rain, the Noosa River is starting to turn back to a dirty brown colour. With the winter months here, the bream are on the bite. Some good size bream are being caught around the deeper holes and structures of the river, with prawns and mullet strips being the preferred baits. A few tailor are starting to appear around the Noosa rivermouth and Woods bay mainly caught on pilchards and lures. It’s still worth while throwing a line in around the shallows of the sand banks towards the rivermouth, for there are still a few whiting around, preferably using live baits such as yabbies and worms.The crabbing has been on a path for the better especially with the dirtier water around. From Tewantin down towards the first lake there has been numerous reports of mud crabs being caught. There are a few showers forecasted over the next week, although a fine weekend ahead. With the dirtier water about there is no better time to drop a line and throw a pot out.