Posted at 09:32h in Fishing Reports by oboathire 0 Comments
Share 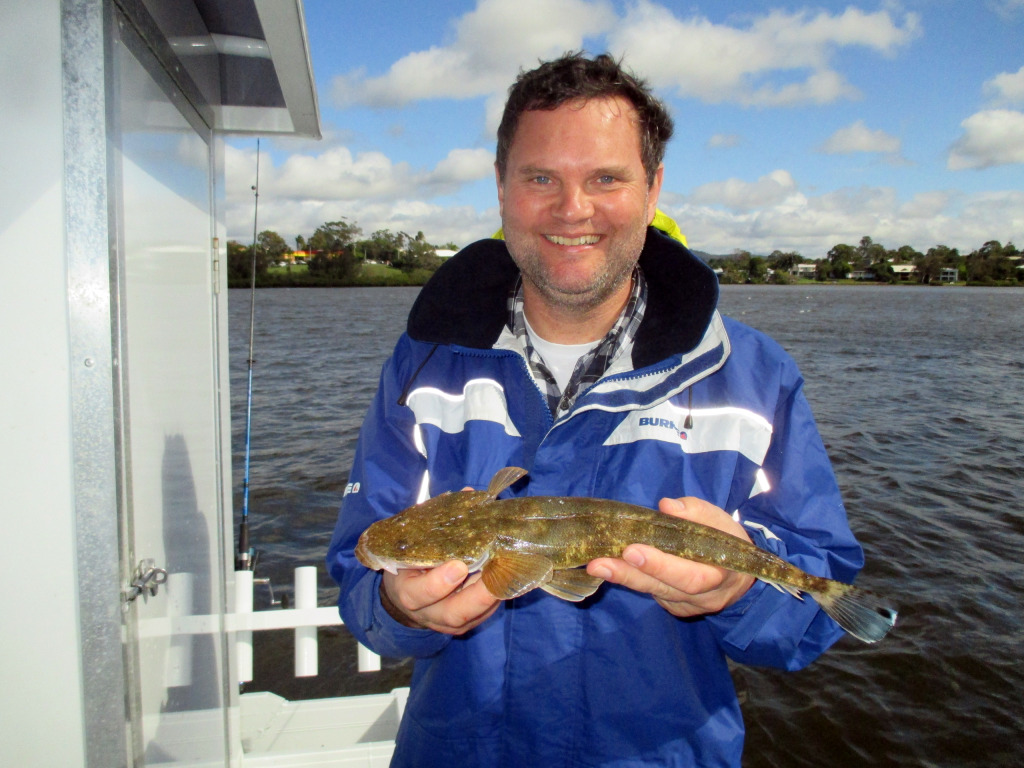 Rob from New Zealand got a ripper 45cm flathead up between Tewantin Marina and the ski run.

The Noosa River has seen some great fish over the past week. Flathead have been caught in numbers up the river from Tewantin to Makepeace Island. The mouth of Lake Donella has also been a popular spot for flathead. The preferred baits for flathead are prawns and lures. Bream as always, are popular in the river with ranging sizes being caught up near the Noosa rivermouth and munna point. Tailor are appearing around the rivermouth and frying pan with pilchards and mullet strips being the best baits. There are still a few whiting being caught off the sandbags next to the dog beach with live baits such as yabbies and worms being the best. Woods bay has produced some good diamond and golden trevally as well as the occasional mangrove jack on sunset and dusk. When fishing around Woods bay in the early hours of the morning the best baits are mullet strips and live herring. Occasional showers are forecasted over the next week although not lasting for anymore than a few minutes.

Until next week good luck from the boys at O Boats