Posted at 12:22h in Fishing Reports by oboathire 0 Comments
Share 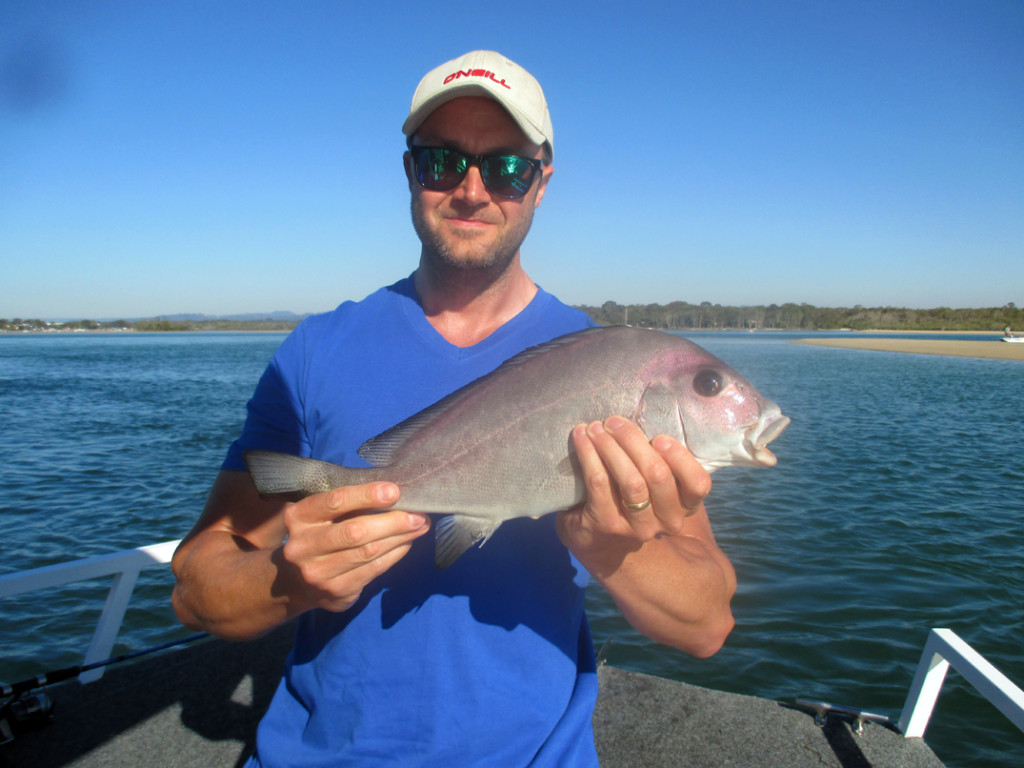 Matt From England with a 45cm bulbber lip.

Both silver and golden trevally are amongst the river mainly from the rivermouth to the Sheraton Bridge at both the early hours of the morning and the late hours of the afternoon. The best baits for trevally include mullet strips and pilchard fillets.Whiting have been showing up more in the river around the frying pan and Lake Cooriobah with live baits such as worms and yabbies being the preferred baits. Bream as always are popular in the river, mainly around deeper holes and structures. The best baits for bream include prawns and yabbies. Flathead have also been around up the river between the cable ferry crossing and the first lake. There has been several reports of nice fish being caught in Lake Cooriobah, right at the mouth of the lake is a great spot to drop a line. The crabbing has been pretty good lately with several reports of legal male mud crabs being caught. The weather is tipped to be sunny with light winds for most of this week and weekend.

Until next week good luck from the boys at O boats.