Posted at 09:56h in Fishing Reports by oboathire 0 Comments
Share 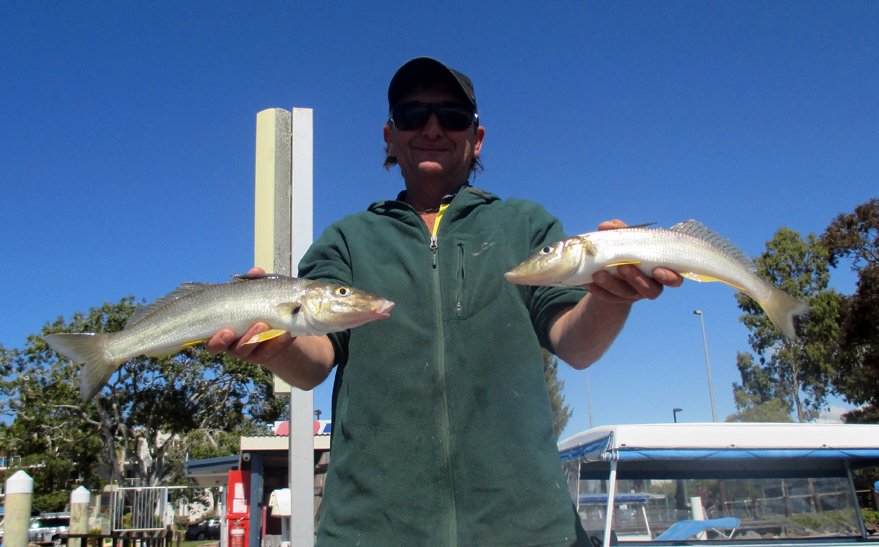 Whiting have been amongst the river around sand flats anywhere from the rivermouth to Tewantin. When targeting whiting, live baits such as worms and yabbies are the best baits. Bream as usual are a popular fish in the Noosa river mainly around structures and deeper holes. Bream are known to eat just about anything but the best bait is prawns. Silver trevally are amongst the river near Woods bay and Munna point. The best time to target trevally is late at night or early in the morning using either pilchards or mullet strips. Moving up the river there has still been several reports of great flathead around the ferry crossing and makepeace island. Although bait tends to bring in the fish, soft plastics have been had the best reports when targeting flathead. Lake Cooriobah has also had reports of great golden trevally, silver trevally, flathead and bream. This week has a few forecasted showers although mostly sunny. It’s a great time to escape the wind and drop a line.