Posted at 10:56h in Fishing Reports by oboathire 0 Comments
Share 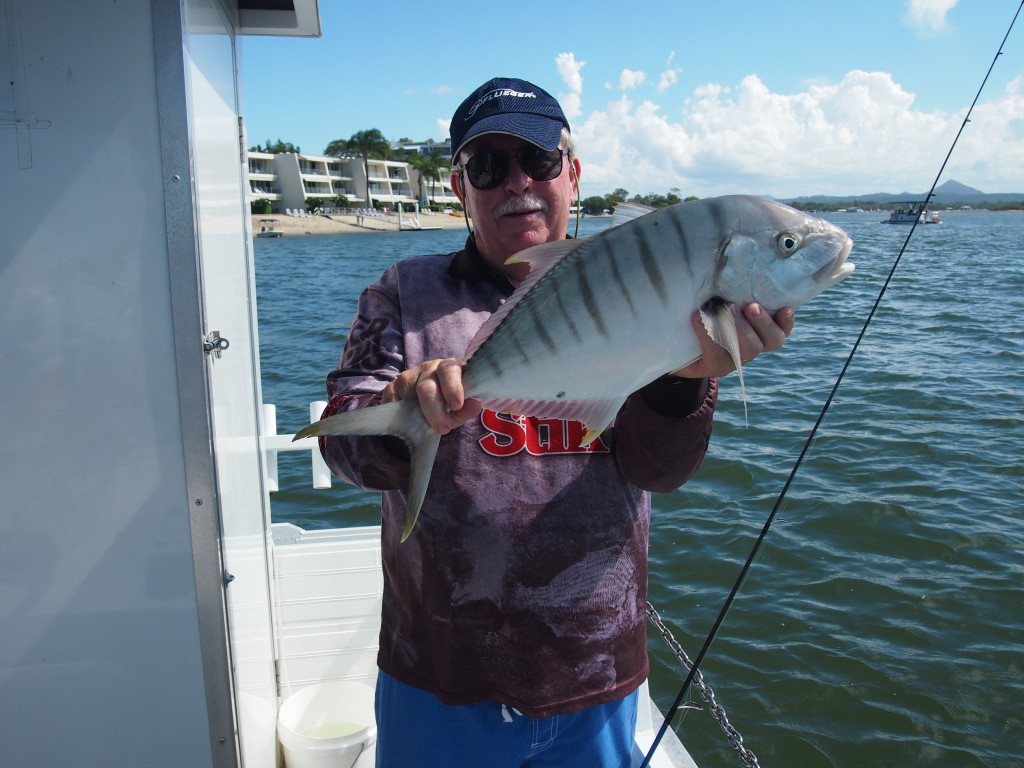 The Noosa River has seen some great fish this week. There has been several reports of nice size trevally and mangrove jack caught up and around the Noosa river mouth. The best time to fish the river mouth is dawn and dusk with pilchards and herring being highlight baits. Gary caught a ripper trevally on a dead herring just near Woods Bay, as seen in the above image.Whiting have been appearing in the river mainly around sand flats and shallow water drop offs with live baits such as worms and yabbies producing the best results. They are still pulling up plenty of flathead around the 35cm-45cm mark, mainly around areas such as Makepeace island and the Tewantin ferry crossing. Bream as always, are about in the river mainly around deeper holes and structures such as the sound bridge, eating mainly prawns and yabbies. Mud crabs are amongst the river in numbers down past the boathouse, anywhere from Tewantin to the Lake Cooriobah. Fish frames or mullet heads have been producing the best results when crabbing. The weather is tipped to be fantatsic with very light winds and a very low chance of a light shower for the easter period. There is no better time to get out on the water and wet a line.