Posted at 10:35h in Fishing Reports by oboathire 0 Comments
Share 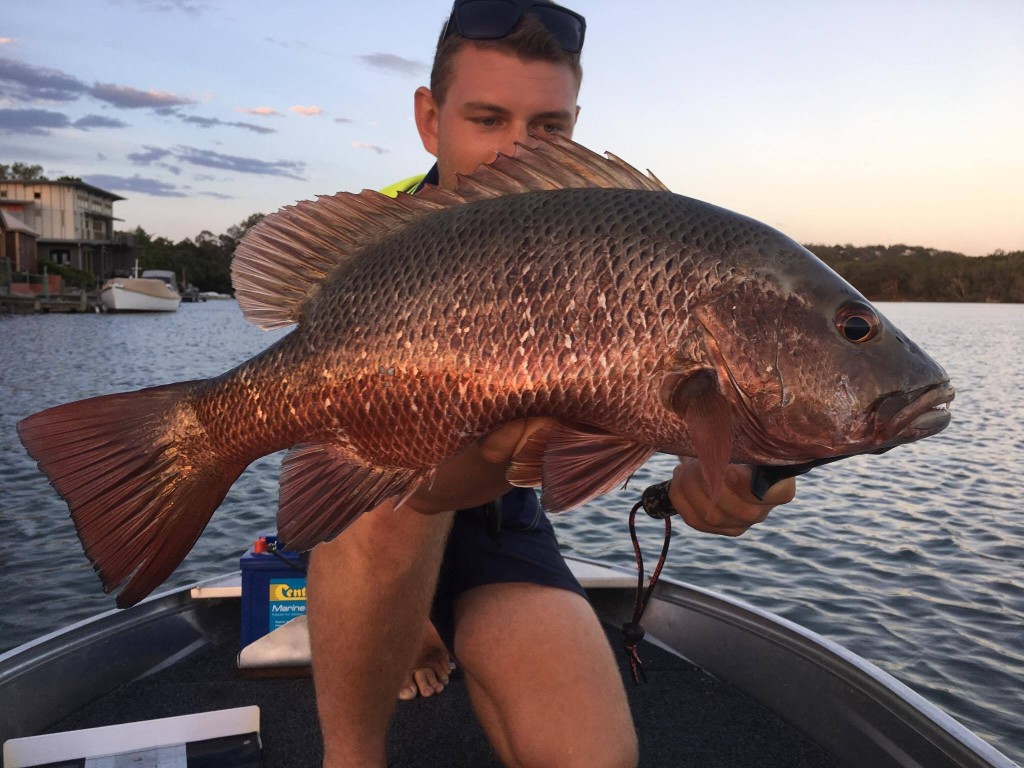 Shout out to Dustin Mann, a local angler who fought this ripper mangrove jack!

Flathead have been caught near the river mouth around the drop offs and sand flats. The best bait for flathead is pilchards and live bait fish although the soft plastics also tend to bring in the flatty. Bream are known to eat just about anything although prawns and worms tend to be the preferred baits. The best place to drop a line for bream is the Sound bridge.There has been reports of good size whiting in Woods Bay and the frying pan. Live baits such as worms and yabbies are always the best way to target whiting. Early in the morning and late in the afternoon on the high tide there has been reports of some nice mangrove jack being caught using lures such as soft plastics. When targeting mangrove jack, the best places include those around structures and wreckage’s such as the rock walls near the river mouth.There has been an influx of crabs in the Noosa river although most are jennys. When targeting crabs, the best spot to drop a pot or two is around lake Cooroiobah and Makepeace island using mullet or fish frames. The weather is tipped to be fantastic this weekend, the winds are down and the sun is out, now is a great time to drop a line.