Posted at 11:16h in Fishing Reports by oboathire 0 Comments
Share 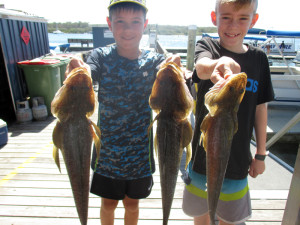 Fishing has been great in the Noosa River with the water clearing up and a range of species appearing again. During the past week Flathead and whiting have been about in the normal shallow flats, mainly up and around the river mouth with live worms and yabbies being the preferred baits. Bream have been around in the usual places, around structures such as the Noosa Sound bridge ranging up to 35cm with prawns and mullet strips being the best baits. Up the river towards the cable ferry crossing, fish have been on the chew, with several Flathead and bigger trevally being caught on live baits. Tailor are starting to appear around the river mouth on the high tide, they have been caught using plastics and prawns. Crabbing in the river has been alright with a range of sand crabs caught down the bottom end of the river. The sand crabs are out in packs and now is the time to drop a pot. The weather is looking fantastic down here with low winds and the sun shining. Come soak up the sun on the Noosa River!